Deniggerize and then say AMEN Again

> Deniggerize and then say AMEN Again 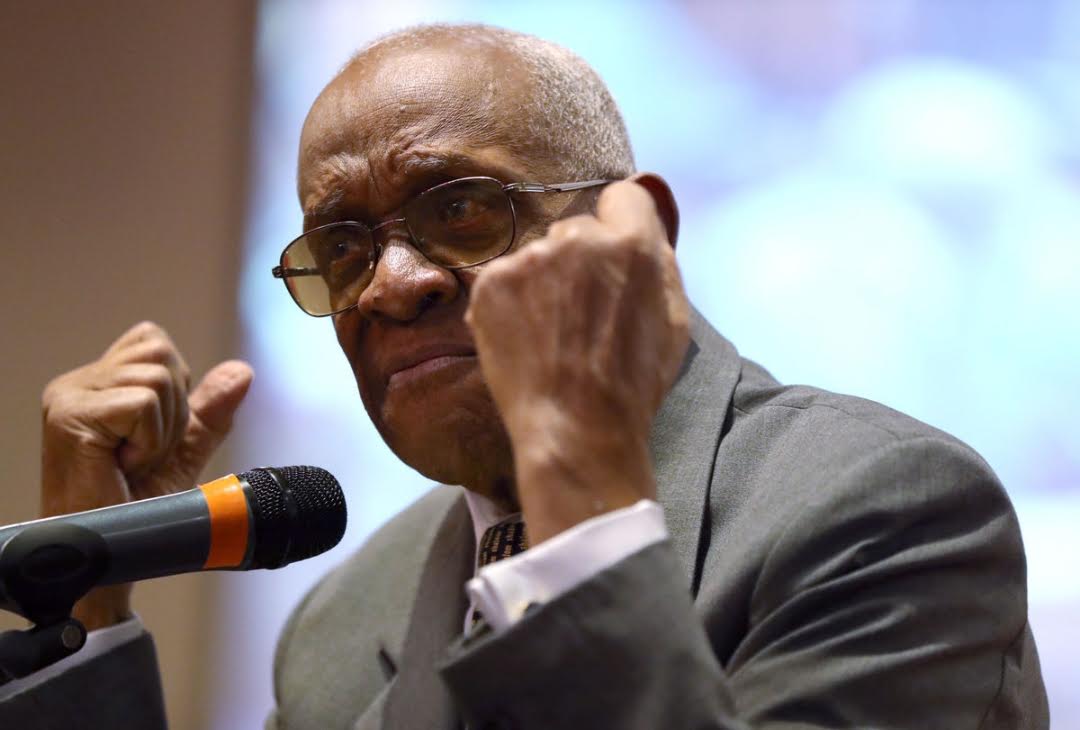 Dr. Virgil Wood, Church Leader, Educator, and Civil Rights ActivistSome years ago, I wrote,  its time to let Don Imus and his family, down from the cross, and to crucify the real culprit. The dignified management of this whole affair by Coach Stringer and her girls, seems to be saying a similar thing, surely a moment of grace, rarely seen. Were they still with us, I believe Martin Luther King, JR  & SR., would take that same position.

Once more, a public figure, now following Ex-Senator Trent Lott of Mississippi, (pining for the good ole days), and Senator Robert Byrd of West Virginia (referencing the struggling people of his state as white niggers), has given our nation a valuable though inadvertent gift. It surely seems that our collective black fear and white guilt is leading us to reject, rather than to embrace and savor this, as one of those  rare and significant teachable moments. The scriptures teach us that we wrestle here “not with flesh and blood, but with principalities and powers”, combining deep, unrepentant, virulent, and deeply hidden, class, racism, caste  and sexism, which continues to be the real culprit. The challenge we all face is, how shall we “de-nigger-ize   our OWN*Country ?

The term “nigger” has a tortured history, deeply embedded in the American soul, and will not be easily expunged. It has a certain mysterious quality which must be deciphered, decoded, and finally, defused. Although it was historically crafted to keep a whole race of people on the bottom, now it serves as a witches brew for profiteers, both black and white.

“Nigger”-ization is the continuing failure of Emancipation and Reconstruction + the Constitution, and it has returned with a fury, to bite our society in the places it would rather ignore, both Colored and Caucasian. This issue must be probed in all places, high and low. The question of why each of our youthful generations are caught up in this thuggish culture of self-denigration and self-hatred must also be thoroughly explored on both sides, and then together. I suspect that at rock bottom it is the result of our youth throwing back into our adult faces, our own major love deficit of hypocrisy and denial. This needs now to be explored in Church, Town, and Gown, and the life and teachings of The Martin Luther Kings being now more urgent than ever, will guide and direct us as effectively as it did before.

This would indeed be the real memorial for which he lived and died, and passionately requested in his Sermon, “Drum Major For Justice.” Surely THE NEXT MAJOR  J/13/$$$/T, as a start for putting the Poor of all Colors, on  their own two feet, is not too little to ask. He asked that we not memorialize him in bricks or stones, but rather in beloved community re-building, as part of the “Overall  HEALING, REPAIRMENT AND RECONCILIATION, that  REPARATIONS does  REQUIRE.

For example, the disproportionate filling of the Jails+PRISONS  with Black and Brown youth is one result of the 52 year back lash against the work of King, and this jail trail must be reversed even as the most reliable way of

reducing urban crime, as a first step. Secondly, as families, black and white, and any other color, meet at their own kitchen table to probe the deficit of love, not in black and white, but rather the love deficit within each family for its own family members. A newly emerging movement called RECONCILIATION JUBILEE has seriously undertaken this task. It invites all who want to do the work of healing the soul of a nation, as Dr. King challenged us all, of persons, families, communities, and societies to become Communities in recovery, one major remedy being proposed.

The work of “de-niggerizing America”, like a good beef stew should, must cook and simmer slowly, until all its ingredients and seasonings will have blended, combined and become indistinguishable as the most edible and delectable meal possible. The Don Imuses, Senators Lott and  Byrd, surely could be trainers to train the 120 Beloved America New Chefs IN BIG MOMMA’S KITCHEN,.

Re-examing the work of Martin Luther King in light of its Biblical roots found in the Jubilee injunction of the Hebrew and Christian Bible, we find in Leviticus 25:17, the unambiguous requirement that “you shall not oppress (‘nigger-ize’) one another”. When oppression goes unhealed, the wounded wound-ers, continue to wound. When healed, wounded wounders, thenceforth, do the work of healing. Why not Imus, also ?

When America is “de-nigger-ized”, Black Folk will no longer be prevented from sharing the American Dream, and will then stand, as a people of the whole, on our own two feet, designing and developing its own choicefilling future. That will be the time when we can all sit down at the table of true Family-hood, Brotherhood and Sisterhood, an authentic reconciliation in Black and White, when the requirements of restitution are being faithfully worked through, we, along with God, will all rejoice in the Restoration of the Human Family in Black and White and all other colors. With the promise of America being potentiated, the people will surely then say, Shalom, Amen, Asalam Alakum, again, and again,— OWN OR BE OWNED. DON’T LET PHAROAH BACK.

The above is offered as a start for the further development of this as a plan, for working-in our own, families, faith communities, schools, civic, fraternal, business, and service organizations. The  margins on the right  have been left for your own notes.

Dr. Virgil A. Wood, for ten+ years, a co-worker with Martin Luther Kings, is the originator of the AFRICAN AMERICAN JUBILEE BIBLE, and author, IN LOVE WE STILL TRUST: Lessons WE Learned From Martin Luther King, JR & SR., 2020.    Contact:  belovedcommunityinstitute.org