Dr. Wood is a church leader, educator, and civil rights activist who has committed much of his life’s work to the struggle for economic and spiritual development among the nation’s disadvantaged.

Ordained as a Baptist Minister in his late teens, Dr. Wood has served churches for over 50 years, in Rhode Island, Massachusetts, and Virginia. During his Pastorate in Lynchburg, Virginia, he became actively involved with the Civil Rights movement, setting up Dr. Martin Luther King, Jr.’s work there as the Lynchburg Improvement Association, a local unit of the Southern Christian Leadership Conference (SCLC). 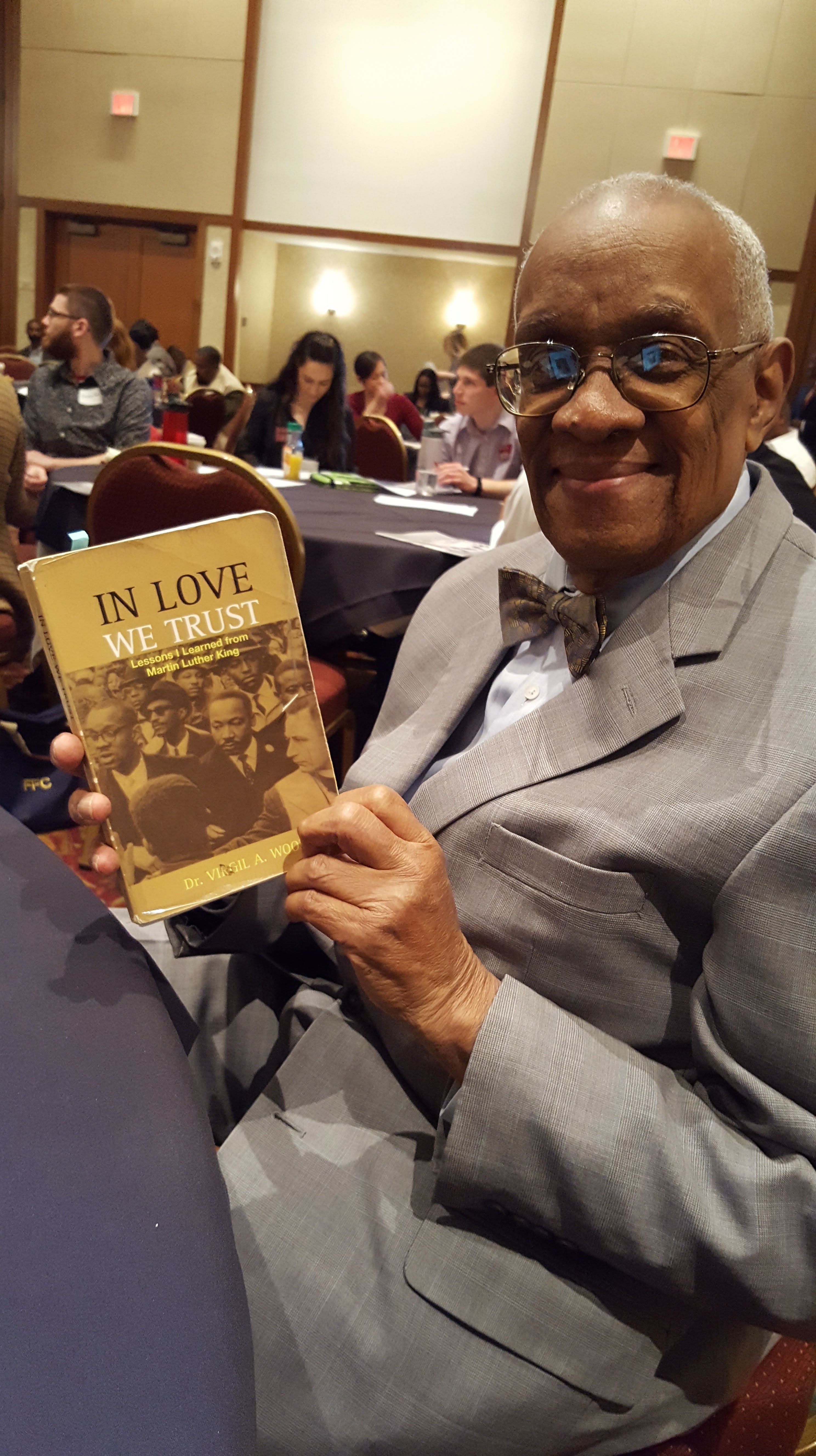 From 1963 to 1970, Dr. Wood led the Blue Hill Christian Center in Boston’s Roxbury community, and was the head of the Massachusetts Unit of the SCLC. He served with Dr. King, Jr. as a member of his National Executive Board of the SCLC for the last ten years of Dr. King, Jr.’s life and work, and coordinated the State of Virginia in the historic march on Washington, D.C., on April 28, 1963.

Dr. Wood graduated from Virginia Union University in 1952 with a BA in history. In 1956, he graduated from Andover Newton Theological School with a Master of Divinity degree, and in 1973 he received his Doctorate in Education from Harvard University. As an educator, he served as Dean and Director of the African American Institute at Northeastern University, and has been a Professor at Virginia Seminary and College, in Lynchburg, and a visiting Lecturer, Researcher, and Teaching Fellow at Harvard University.

During his career, Dr. Wood was also the administrator for the Opportunities Industrialization Centers of America, founded by Dr. Leon Sullivan, which provide job training for disadvantaged and under skilled Americans of all races.

Dr. Wood also served as a panelist and member of three White House Conferences under the Johnson, Nixon, and Carter Administrations.

Since 2017, Dr. Wood has been at the helm of the Beloved Community Initiative.